The developers are responsible for writing the code and making sure that the website will function right. They get the design from the web designer and make it real. Web developers don't have to worry about usability if the designers have done their job right because it's been built into the design.

A web developer will use HTML, CSS, JavaScript, and a back-end language to make the design into a functional website. They aren't worried about if the website looks good or not, they just want to make sure it works. Web developers use programs like Atom and Visual Studio when they are ready to write code. Thankfully, a web developer doesn't need to know much about how colors work together or what's the best font to use.

The designers focus on the user flow through a website. They take into consideration where to place buttons, pictures, links, text, videos, and everything else you see on a web page. Web designers make the layout for everything on the website and they make it easy to use.

A web designer will focus on things like color, typography, and user experience. They use software like Photoshop or Sketch to layout their designs so they can hand them off to web developers. Unlike a web developer, a web designer doesn't need to have any coding experience. It's helpful, but not necessary.

Most good designers know at least a little HTML and CSS and most developers know a few of the best design practices. There are some unicorns out there that can do both really well, but for the most part, it's best to focus on one or the other because they require different kinds of thinking.

Web development is a lot more logical in its approach, there are rules to follow and an order in which things should be done (whether they are done or not), while Web design is a lot more artistic because you are trying to appeal to people's emotions and make your website stand out while still matching your brand.

The good thing is that one path can lead to another. I know plenty of people who started as developers and went to design and vice versa. A great part of this field is being able to test out different professions. You could be a front-end developer, back-end developer, web designer, or even a full-stack developer.

Whatever your needs may be, We are positive we can help you achieve them.
GET STARTED 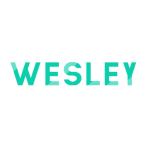 Home
Services
Portfolio
Sitemap
About Us

Contact Us
Get a Quote
FAQs
Help Center
Careers